All Season maize blend + Redigo M is a unique blend of three maize varieties of varying maturity producing special benefits that cannot be achieved by growing a single variety.

Shooting cover requirements differ greatly and much depends on the specific job the crop is grown to do.

Growing maize provides birds with the availability of grain to feed on throughout the season, plus cover due to the ability of the maize to stand to the end of the season.

“All Season” is able in good or bad seasons to produce grain because of the range of maturities within the blend, which is described below.

Redigo M is a fungicide treatment so the maize should be drilled when the soil temperature has reached a minimum of 10° C for at least three consecutive days to allow the seed a rapid establishment.

In addition it is better to drill the seed a bit deeper than normal at round 7 – 8cm. By doing this the rooks find it much more difficult to find and eat the seed.

Early Variety
In a good or bad season grain is produced of a satisfactory maturity to provide feed.
The plants brackle over to make cobs available to the birds.

Medium Variety
In a good season this will give good grain yields later than the earlier variety, spreading the feeding season and holding the birds.

enquire about this item 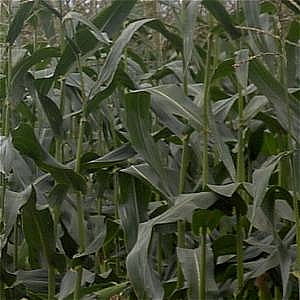